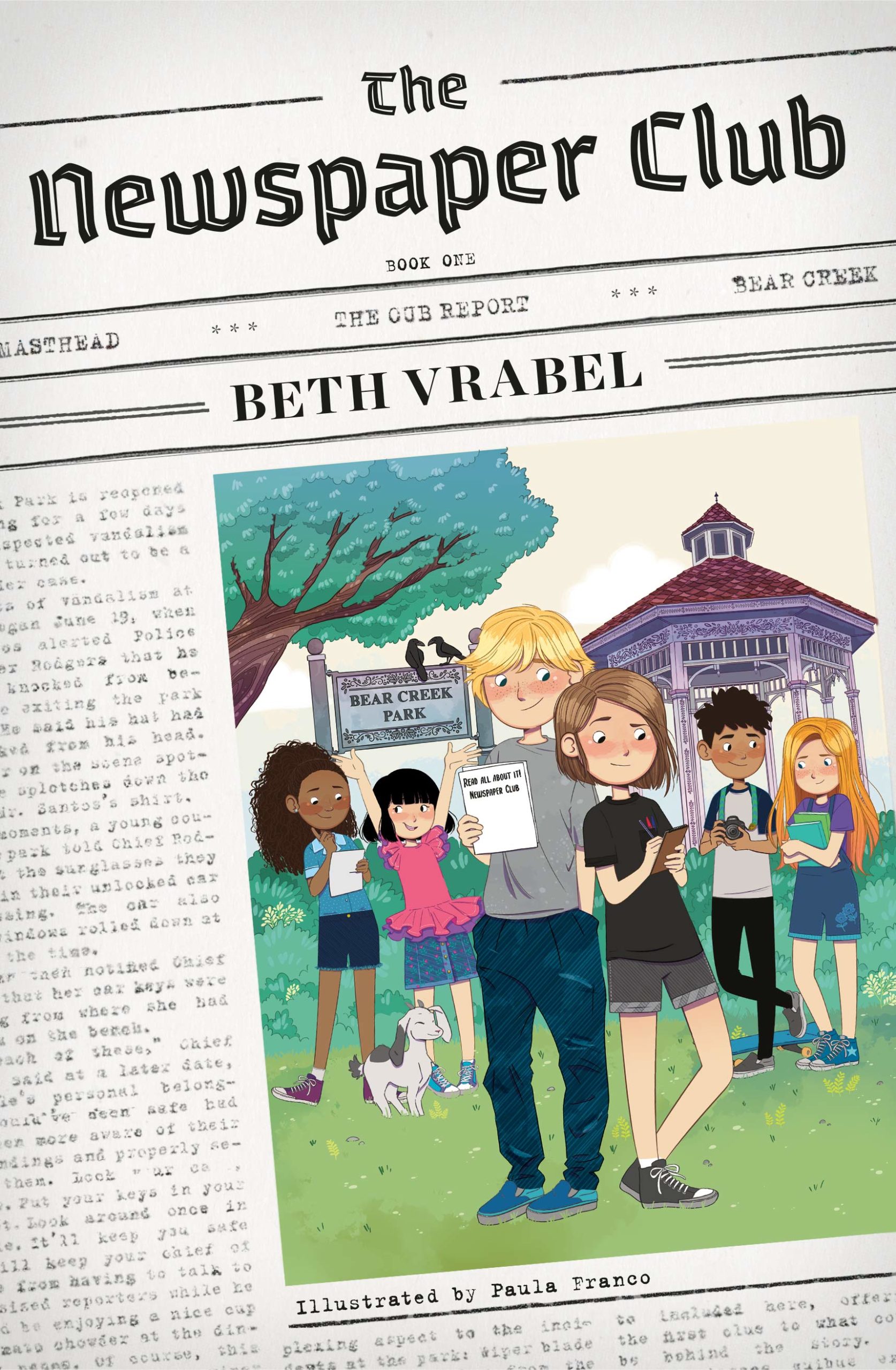 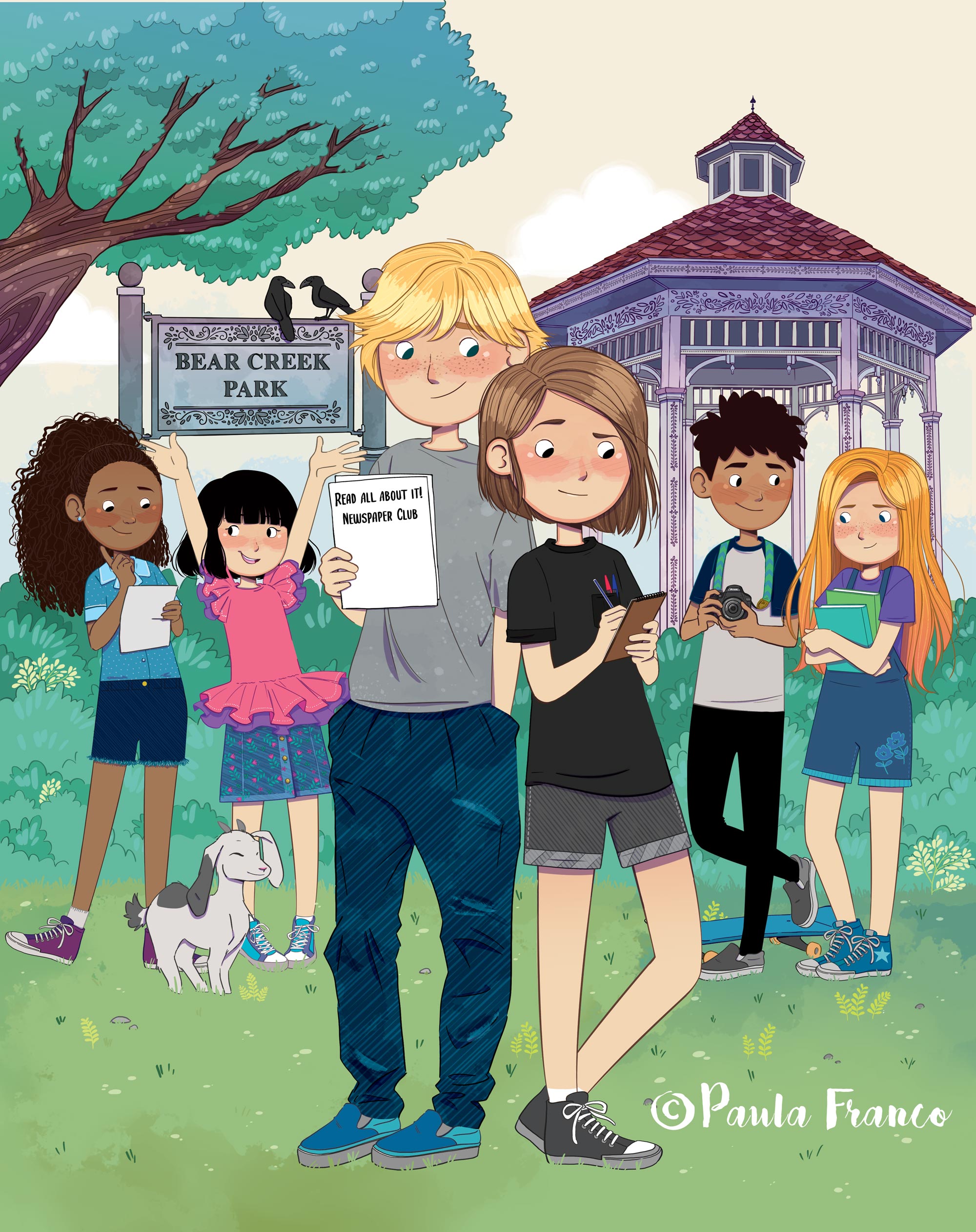 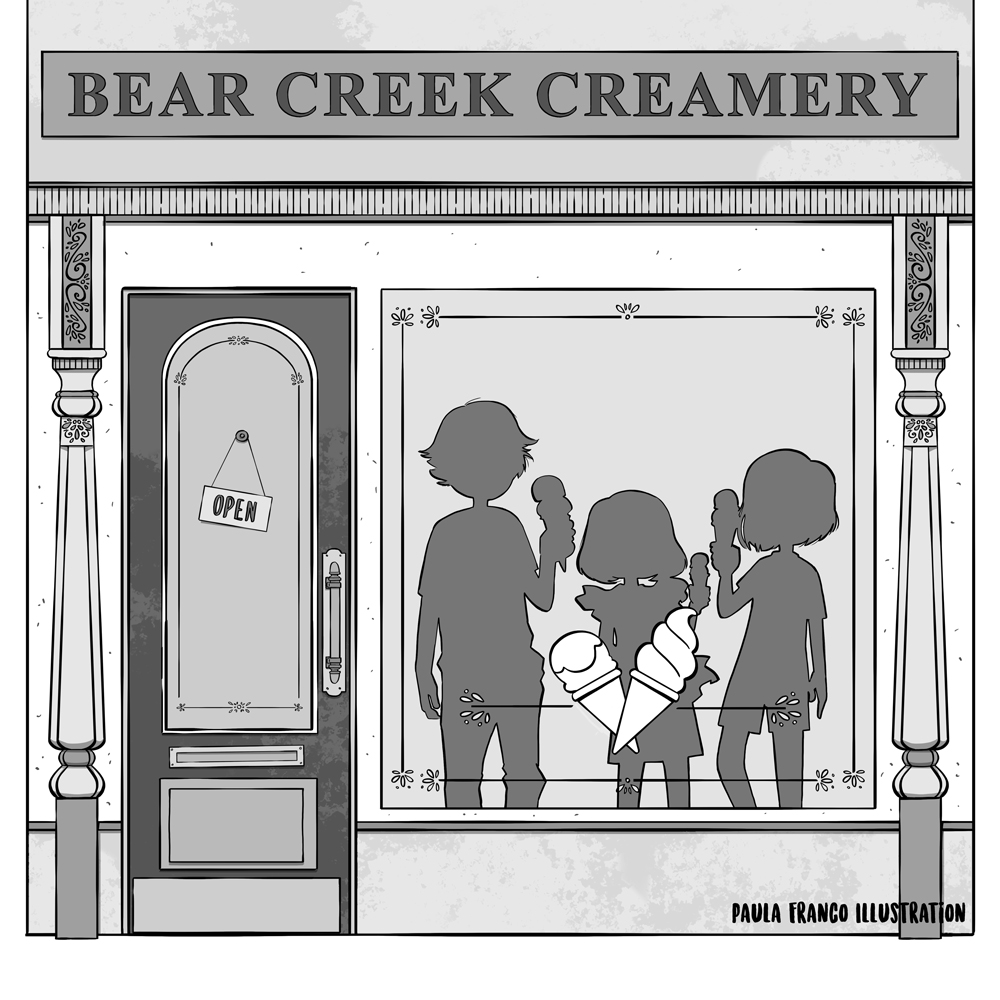 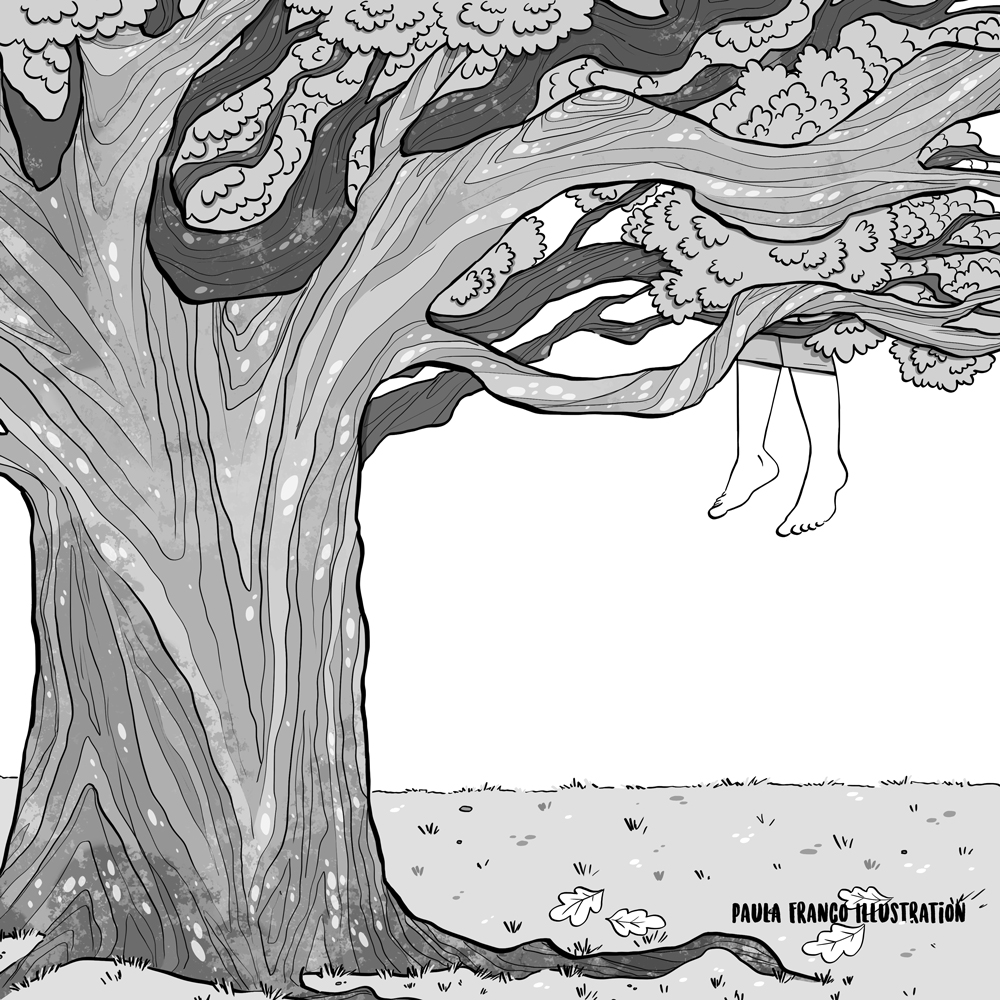 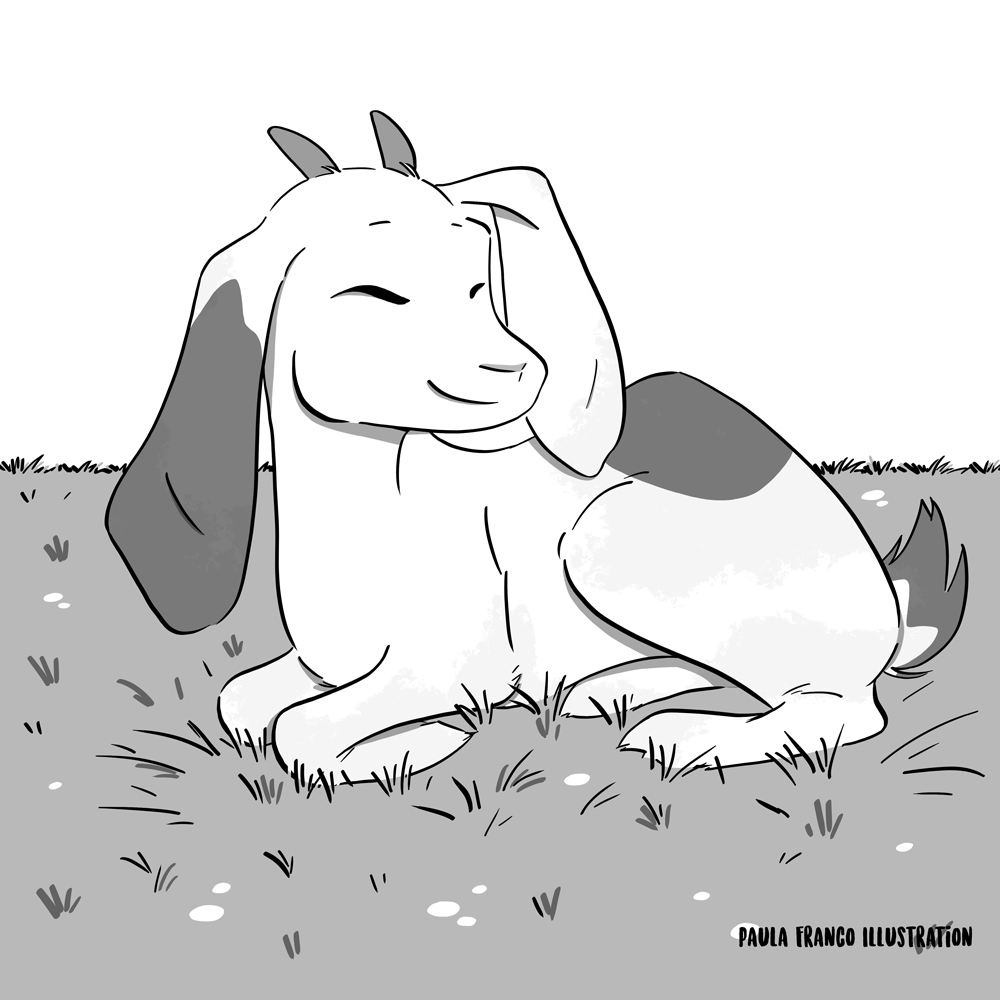 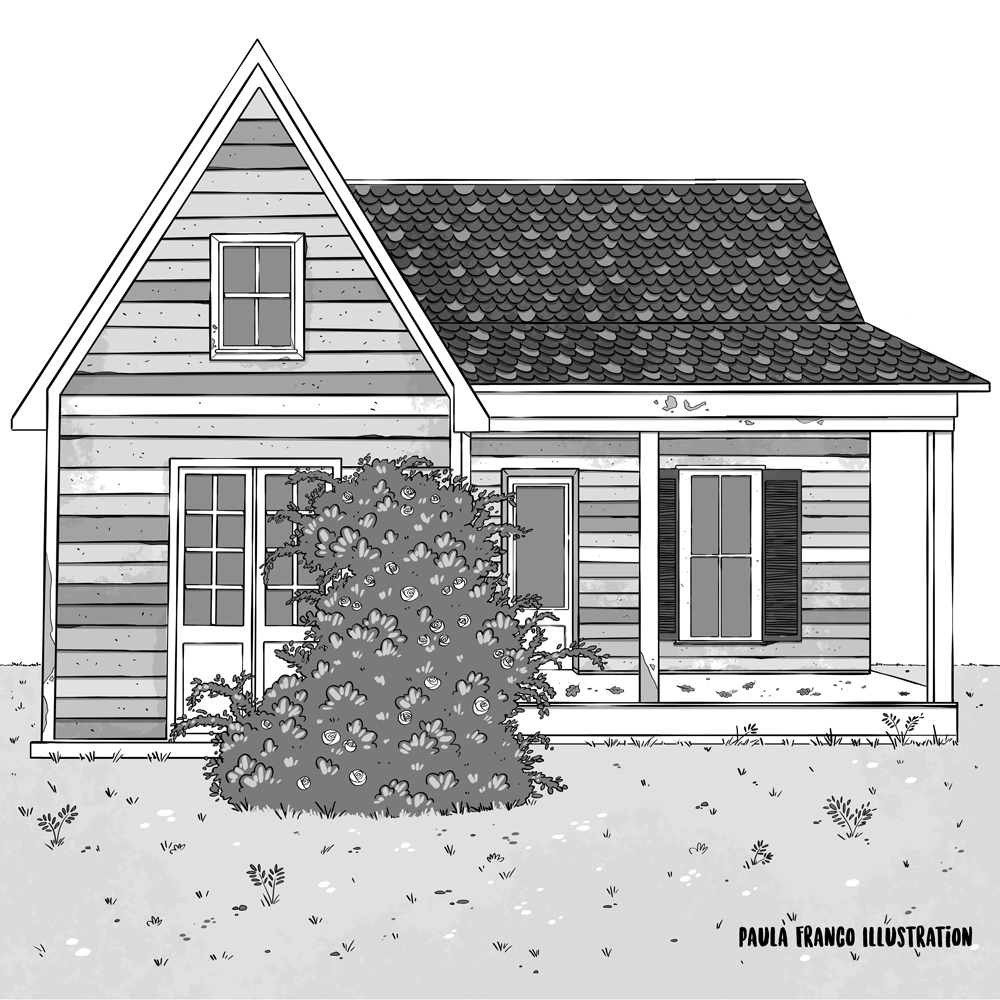 Learn what it means to be a journalist in this fun, fast-paced new middle grade series about a club of kid reporters by an award-winning author.

Nellie Murrow — the daughter of two (former) newspaper reporters — was named after one of the fiercest journalists who ever lived. When she moves to sleepy Bear Creek, Maine, rumors of vandalism and attacks at the only park in town are keeping her saddled to the house.

Some townspeople say the attacks are gang recruitments. Others blame a vagrant spotted on the hiking trails around town. But when Nellie thinks like a reporter, none of those explanations make sense. Something is happening at the park, but what? All of the fake online news and rumors are clouding the truth.

Nellie wants to break the story — and break free from the front yard — but she can’t do it alone. She needs a whole club if she’s going to start the Cub Report, the town’s first independent newspaper. Creating a newspaper from scratch is going to be tough; but for Nellie, making friends is even harder.